is this Some kind of pervert? or is it funny? A big man walks past a fruit and vegetable stand and just lifts up her skirt. Why did I keep watching? Because she doesn’t make a fuss about it. Neither does the shopkeeper. She ignores him, straightens her skirt and just carries on with her shopping. Huge and scary looking, he speaks with an accent, wears a silly little black bowler hat and talks to us from his office, saying that at first he was misunderstood.

So if you got this far – take 2 minutes and watch this clip who won the Cannes festival golden lion award.

The mystery of what we take for granted

I grew up with a tradition of trying to make things clear, solve problems, take the vaguest situations, simplify and resolve them. It works very well for technology and also in business thinking. But in films, clips – it’s just the opposite!

Not every mystery is interesting. It has to be human, with a simple human desire. In this story he wants to do good, to be understood, to be loved, to be accepted for who he is. Beyond the mystery there must be some difficulty – someone who creates a confrontation. Without confrontation, without a struggle it is not interesting. In this story he wants to be loved but isn’t, his basic “nature” makes him do silly things. People don’t understand him. The story is about the human “crack” in the wind. Leonard Cohen (in his song Anthem – see below) wrote that we are lucky there are cracks in our personality – that’s how the light gets in.

It belongs to a German company, EPURON. Originally it was an Australian company that builds devices to harvest wind and solar energy. The ad was created by a German ad agency called The Vikings and was aimed at attracting investors (who are actually the clients) to conduct projects with the company. At the same time it was promoting the issue of natural resource use for the German Ministry of Energy. This ad won the Golden Lion award for short film at the 2008 Cannes film festival. No wonder it has a history of millions of views. 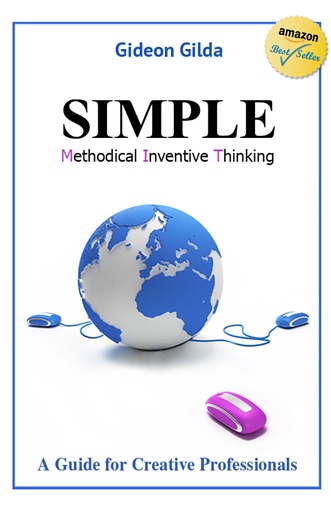 Includes the method and detailed examples

Join my newsletter. Get your free course.

There’s a crack in everything – Leonard Cohen – Anthem